WINDHAM, NH — SQAIRZ, the fastest growing golf shoe company, announced today that it will be donating a portion of all sales from its America’s Sole and Country Sole golf shoes to The John Daly and Major Ed Heart of a Lion Foundation (JDME).

The John Daly and Major Ed Heart of a Lion Foundation was founded by professional golf icon John Daly and U.S. Army (Retired) Major Ed Pulido. The mission of the JDME is to provide mental, physical, and wellness support to our nation’s children, first responders, and America’s Veterans by providing information, referral services, VA compensation, education, and benefits support. The foundation also provides funding to Veterans organizations and connects Veterans to those organizations. 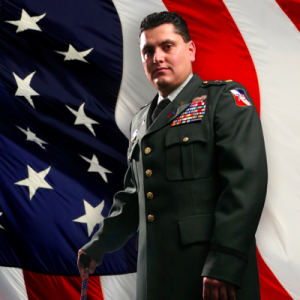 On August 17, 2004, Major Ed Pulido was struck by a roadside bomb in the Iraq desert and seriously injured while serving with the Coalition Military Assistance Training Team under the command of General David Petraeus. Due to the extensive injuries to his left knee, doctors had to amputate his left leg on October 1, 2004. For his heroism and valor on that August day, the President of the United States along with General David Petraeus awarded him the Bronze Star with Valor, Purple Heart, Meritorious Service Medal, and Joint Service Commendation and Achievement Medals.

Since then Major Ed Pulido has written his autobiography, titled “Warrior for Freedom: Challenge, Triumph and Change, The Major Ed Pulido Story”, and has become involved in numerous philanthropic organizations including the Folds of Honor Foundation, a Veteran’s charity which provides the spouses and children of the fallen and wounded educational scholarships, and the Warriors for Freedom Foundation, a leadership institute focused on the mental, physical, and wellness support of our wounded Veterans and their families. 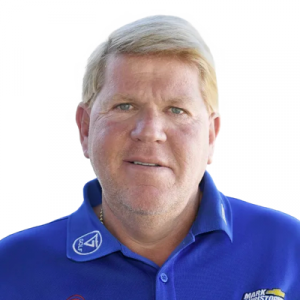 John Daly is also a passionate philanthropist who supports the Boys & Girls Club of the Arkansas River Valley and secretly paid for the college education of two young girls after their father was struck and killed by lightning in 1991 during the PGA Championship at Crooked Stick Golf Club. John Daly and Major Ed Pulido have built a relationship over the years which resulted in the announcement of the launch of the JDME at the 10th annual Major Ed Golf Invitational which took place at the Greens Country Club in September 2020.

SQAIRZ is passionate about supporting America’s veterans, fallen soldiers and their families, which is why the company will be donating a portion of all sales of its America’s Sole and Country Sole golf shoes to the JDME. This announcement is timed to honor several important holidays including Armed Forces Day on May 15, Memorial Day on May 31, Flag Day on June 14, and Independence Day on July 4. The America’s Sole and Country Sole golf shoes feature the red, white, and blue colors in their design and can be purchased exclusively at sqairz.com.

When asked about SQAIRZ’s support of the JDME, Major Ed Pulido replied, “I have been a fan of golf my entire life and after retiring from the US Army I started the Major Ed Golf Invitational. I can personally say that SQAIRZ have given me a new lease on the game. Playing with just one leg actually has its own unique challenges with setting up your swing and getting proper form and the SQAIRZ shoes have really helped me play better golf. It means so much to me that SQAIRZ would be willing to support our Foundation. It’s so rare for a company to truly support our Veterans and their families, but that’s precisely what SQAIRZ is doing with this extremely generous donation. From the bottom of my heart I want to say thank you to SQAIRZ for all that they are doing to support our nation’s Veterans.”  Mission First. People Always!