When asked to give a statement about Daly’s win at the PNC Championship, the CEO and founder of SQAIRZ, Robert Winskowicz, replied, “the PNC Championship is a very special event that highlights family relationships and showcases true team competition. This year, we were honored to have two Majors champions, Sir Nick Faldo and John Daly wearing SQAIRZ golf shoes during the event. What made this event extra special was seeing John and his son, John II, in the winner’s circle with their 27-under-par two-day total and setting a new PNC record. John has had three top-10 finishes over the 2020-21 wraparound season, capped by this exciting win at the PNC. All of us here at SQAIRZ want to congratulate the Dalys on their record-breaking victory”.

The PNC Championship is an annual golf tournament for two-player teams consisting of PGA Tour and Champions Tour golfers and, usually, their sons. Originally named the Father/Son Challenge, it was created by the International Management Group (IMG) to provide an opportunity for professional golfers to play competitive golf alongside their sons. In the following years, the field had expanded to include daughters and grandchildren. In 2020, the name was changed to PNC Championship to reflect the high level of competition and the field composition while still celebrating the family relationships that make this event unique. 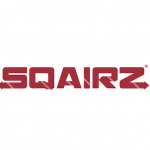